Native American Indians have been wearing and making jewelry for personal adornment long before the first Europeans reached North America. Southwest Native American jewelry made with silver started with the introduction of European metal-working. Before this time, jewelry was made with natural resources such as Turquoise, shells, stones, wood and bones. Turquoise Jewelry has been around since ancient times.

Before this period, jewelry was not considered as art but more as functional and personal dress such as buttons, buckles, broaches and bridles. As Indian tribes were resettled by Europeans, craft work and jewelry making became an important means for economic survival.

As people started buying and collecting Native American jewelry it became popular starting in the 1960s to have the silversmiths or artist sign or "hallmark" their work. Southwest Silver Gallery's hand crafted Native American silver jewelry is .925 sterling silver. 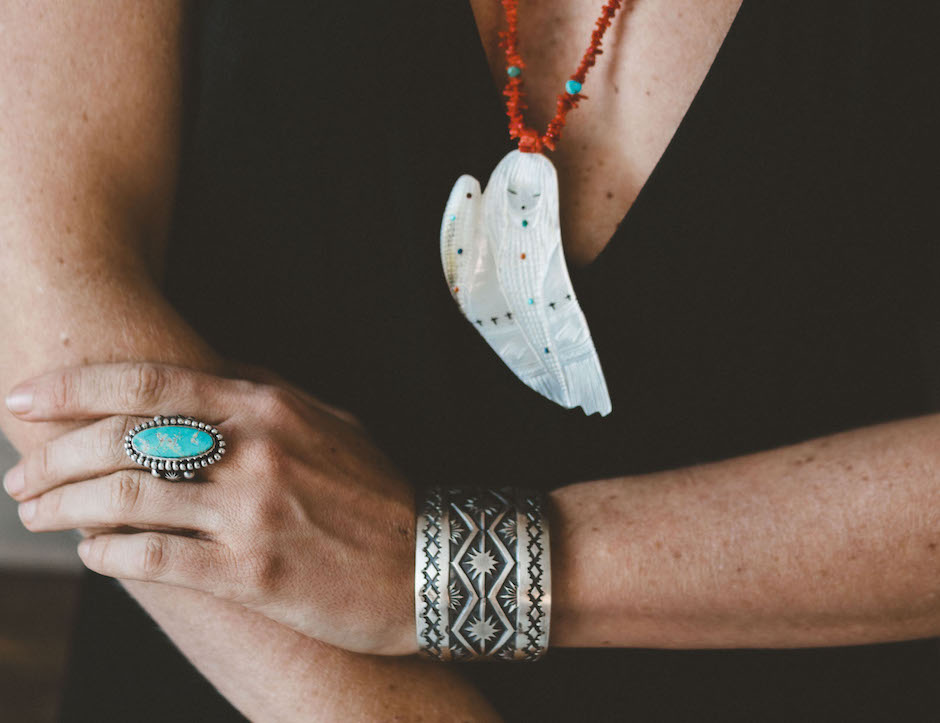