For thousands of years, we have worn turquoise jewelry. Turquoise has intrigued us and its unique color has captivated us. Its significance has been written in history, told in stories, found in burial sites, used in religious ceremonies and held sacred by medicine men and cultures around the world. Turquoise jewelry has been fashion statement through time. We fashion it in turquoise necklaces, turquoise bracelets, turquoise earrings, and wear it in our hair. We wear turquoise rings as symbol or promise and give it as a gift of our love. It has been a prized gem mined and traded by ancient cultures, set in gold and silver jewelry, inlaid in masks and adorned crowns. Our American Indians have used ground turquoise stones as offerings, carried it as talismans and healing charms, carved it into fetish animal carvings and made it into silver and turquoise jewelry. 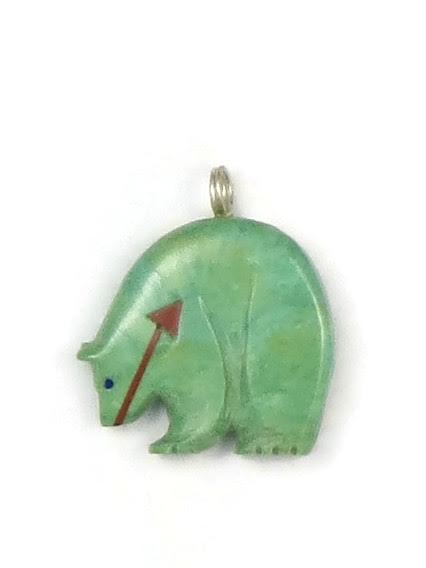 Our Native Americans of the American Southwest have used turquoise in their daily lives for thousands of years and are creating silver and turquoise jewelry and fetish carvings today. The Santo Domingo jewelry reflects an ancient tradition in turquoise jewelry. The Navajo jewelry represents a traditional and innovative time in silver and turquoise jewelry making. The Zuni jewelry shows off their talent of lapidary skills, imagery of nature and depicts their religious culture. Known as the "Skystone" by Native Americans, the distinctive robin's egg blue color of turquoise continues to allure us throughout the ages. Turquoise has been mined, traded, written about and worn for personal adornment in cultures from around the world. A gift from the earth...

Because of the ability to easily cut and carved and its enticing color, turquoise is said to be one of the first stones to be worn by man. Turquoise occurs in dry arid lands around the world. The primary deposits around the world that provided turquoise to ancient societies are located in now what are known as countries of Egypt, Iran, China, Chile, Mexico and the United States. These mining deposits supplied turquoise for the use in trade, art and adornment for Egyptian, Persian, Chinese, Tibetan, Incan, Mesoamerican and Southwestern Native American cultures. By 4500 BC we have found use of turquoise beads in jewelry in Egypt.

The oldest known turquoise mining deposit is believed to be the Maghara Wadi mines located in the Sinai Peninsula. Thousands of workers mined these deposits providing turquoise stones for the pharaohs and for trade in the use in turquoise jewelry, art and adornments. There are hieroglyphic rock inscriptions of "Terraces of the Turquoise". Another inscription nearby is said to be the first recorded word in Egyptian of the word turquoise: mfkzt. The mines were worked for over 2000 years. Abandoned in time, these turquoise mines were discovered again in the middle of the 19th century until early 20th century when depleted.

As ancient cultures began mining turquoise and developing trade routes the use of turquoise in art and turquoise jewelry spread into other cultures and into Europe.

In Mesoamerica, what is now Mexico, turquoise adorned the mosaic inlay art of the Mayan and Aztec cultures. These ancient Indian tribes mined, traded and made turquoise jewelry such as turquoise beads and turquoise necklaces. 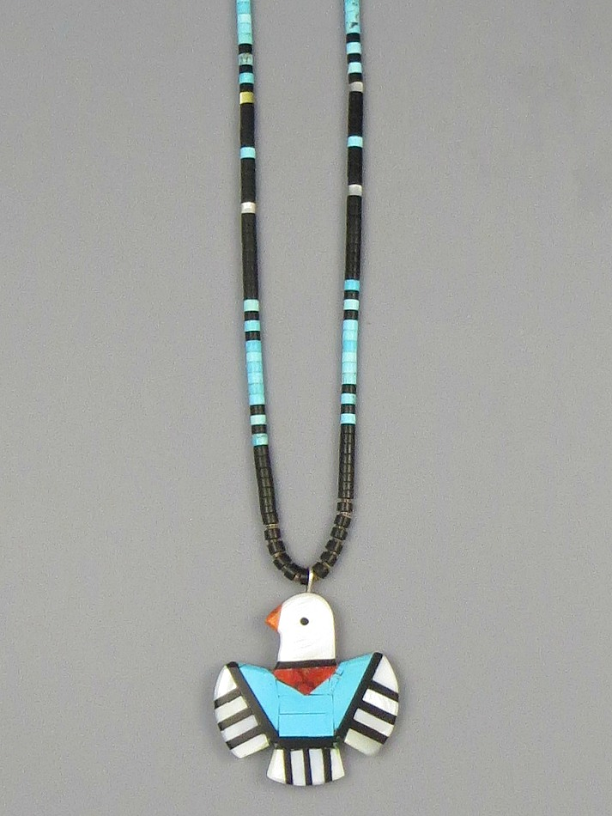 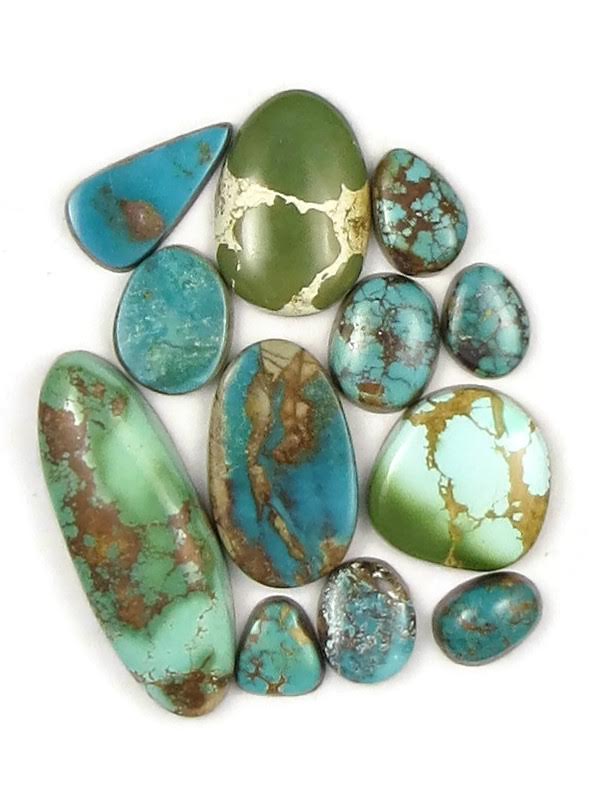 Turquoise formed nearly 30 million years ago when water trickled through a host rock leaving behind deposits of copper, zinc and aluminum almost never deeper than 100 feet below the surface of the earth. Turquoise gets its color from the metals in the ground where it forms. The basic recipe and what geologists say determines the degree to how blue the shade of turquoise is how much copper is present. Blue turquoise forms where there is more copper present. The deeper the shade of blue the higher concentration of copper is present. Green turquoise forms where iron is present. When the turquoise mineral is forming, iron may take the place of some of the copper turning the stone into darker shades of green. Adding aluminum can create a whiter effect and adding zinc in greater amounts the color tends become yellow-green. Matrix is the host rock, mother rock. It can be made from several different elements such as pyrite, chert, quartz, cuperite and manganese oxide. The sought after spider web turquoise is made up of small nuggets naturally cemented together with rock or matrix formed from these other elements of the host rock. A black matrix is often created by pyrite and yellow to brown created by iron oxide. When cut and polished the stone resembles a spider web. Turquoise mines produce varying colors and matrixes. And each vein within a turquoise mine can yield yet its own characteristics. One of the most famous and prized spider web turquoise found in turquoise jewelry comes from the Number 8 turquoise mine in the American Southwest.

The color of turquoise ranges from blue to green and the depth of the color or darker the color is what usually constitutes the higher grade or value. In natural turquoise, the darker color, density, hardness, matrix and from which mine determine the grading and value. And in valuing turquoise from mines such as Bisbee, Number 8 and other famous and rare turquoise mines, each mine has its own grading system or scale. The deeper blue colors usually have the most value but from certain famous mines the green turquoise has the most value. Generally, the blue color is the most well known and sought after by people at large but the green turquoise gems are known to be

popular in the Santa Fe turquoise jewelry and with collectors and people seeking unusual specimens. When selecting turquoise jewelry for enjoyment, choose pieces that are authentic and have that special appeal.

Turquoise usually forms at higher elevations from 3,000 to 8,500 feet and in the American Southwest of the United States the most common host rocks are of igneous or volcanic rocks. In these dry, arid climate, turquoise is most often found in the low hillsides of desert areas in the copper rich regions of Nevada, Arizona, Colorado and Arizona. Turquoise can also be found occasionally in Texas and Utah. The turquoise from the American Southwest turquoise mines is used in authentic turquoise jewelry made by southwestern and Native American jewelry artists.

New Mexico’s turquoise gems are famous for their wide array of colors and matrices. New Mexico’s turquoise mines are some of the oldest mined in the southwest and the Cerrillos turquoise mine, near Santa Fe, the most extensively mined operation in America with the largest known turquoise deposit on North America by Native Indians. The turquoise was traded extensively among Native Americans from the southeastern United States, up into Canada and down into Mexico. In Chaco Canyon, at the Pueblo Bonito, archaeologists have found more than fifty thousand pieces of turquoise stones with over half of it in the form of turquoise beads. New Mexico turquoise jewelry became famous and the demand for it sky rocketed in the 1960’s and 1970’s after the Wall Street Journal published that cheap turquoise jewelry was one of the hottest investments to make at that time. The northern part of the state where the Cerrillos turquoise mining district is was mined by ancient people the early 20th century. The American Turquoise Company reportedly mined more than $2 million dollars worth of turquoise out of the Tiffany Mine at Turquoise Hill in Cerrillos. The turquoise stone color varied from bright to pale blue, blue-green to deep green. Today, the blue-green turquoise shades are popular in the Santa Fe turquoise jewelry. 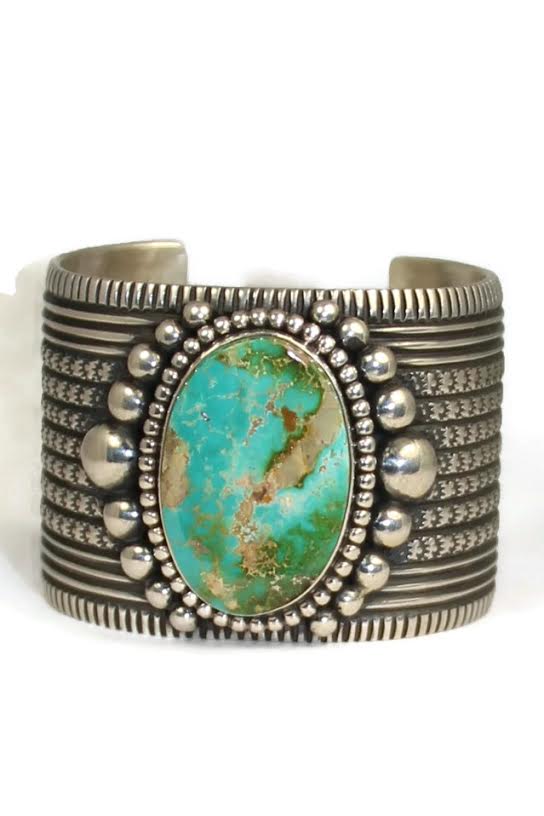 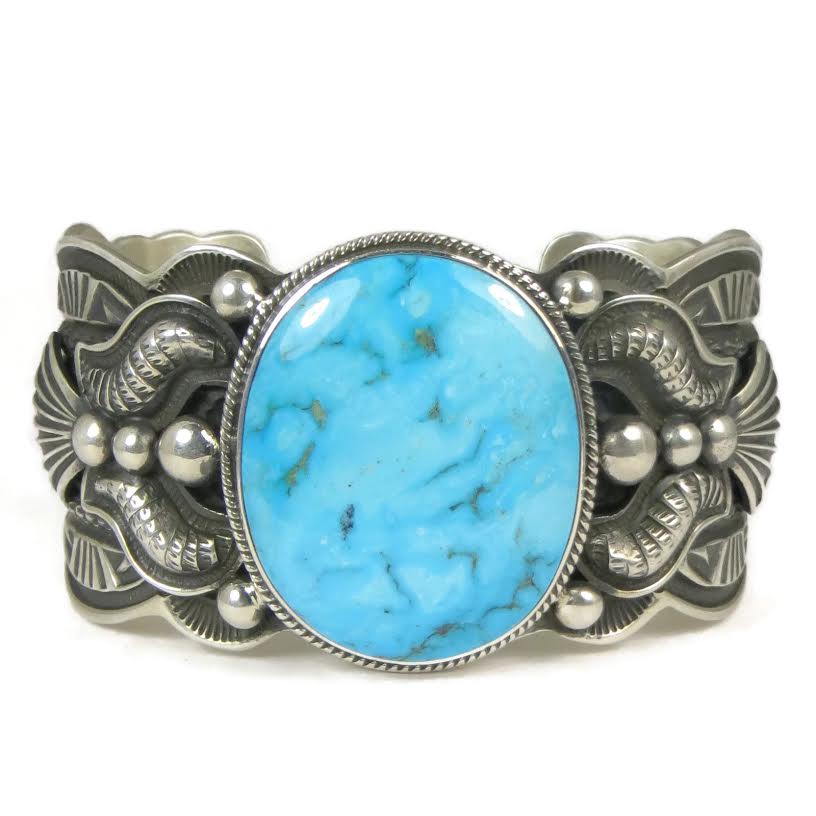 Turquoise stones from American turquoise mines are featured in our Navajo turquoise and Native American jewelry. The making of turquoise jewelry and Indian silver jewelry has been a huge income producing industry for our Native American Indians. The pueblo Indians continued the tradition of mining, cutting and making this jewelry of the ancient native peoples. The Santo Domingo jewelry artists create in the fashion of turquoise beads, Turquoise Heishi necklaces, and mosaic inlay designs like that of the ancient native peoples. The art of silversmithing was introduced to the Native American Indians and firstly to the Navajo in the mid 1800’s by the Spanish plateros (silversmiths). Navajo silver jewelry has become world famous and is what comes to mind when people think of Indian jewelry. The turquoise squash blossom necklaces is a notable symbol of Native American jewelry. The Navajo also create styles of vintage turquoise jewelry and turquoise jewelry sets. Set in Navajo jewelry are some of the finer pieces of turquoise gems from the Southwest mines of the United States. Turquoise is a unique legacy in our American Southwest. 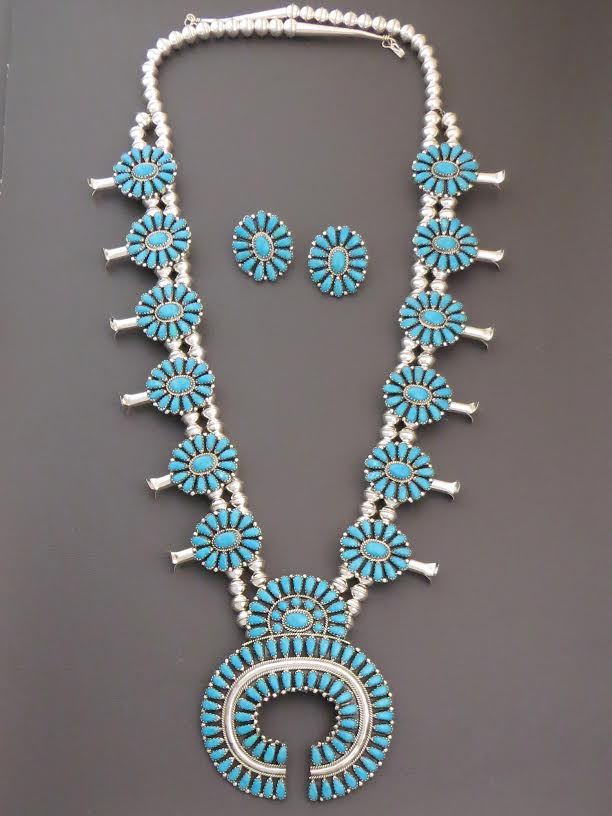 The love and fascination with this jewelry has endured through time and continues to be a fashion statement for mankind. When you buy this jewelry, you are purchasing a piece of jewelry with cultural significance and meaning.